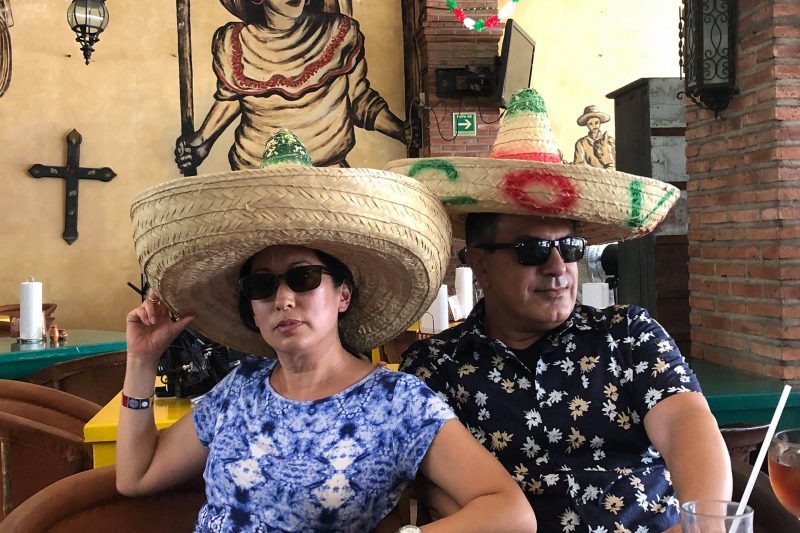 Does the idea of living in Mexico excite you? Sure, you’ve been there on vacation a bunch of times and love it. But now that you’re thinking about moving there, it’s a whole different ballgame. Mexico is massive, and you can have any kind of retirement you want. But where in Mexico makes all the difference. This roundup of the best places to live in Mexico will point you in the right direction for your dream retirement.

Many people flock to Mexico because of its top-notch state-of-the-art healthcare, friendly locals, weather, and overall lifestyle. You can get off the grid and be the only expat. You can surround yourself with expats and lead a gringo lifestyle. But you probably want something in the middle. These seven locations have it all.

Ready to dive in? Let’s get to it.

Which beach towns are the best places to live in Mexico?

Where is it? Pacific Coast, Jalisco state

Who’s it for? PV is for you if you want a beach lifestyle with a city atmosphere. Because in Puerto Vallarta, you can have your beach and city, too.

Puerto Vallarta has long been considered one of the best beach towns in Mexico to live and retire. And it’s easy to see why. The city is sandwiched between the azure Pacific Ocean and the lush green foothills of the Sierra Madre mountains. No matter which way you look, it’s stunning.

Puerto Vallarta has been an expat haven for decades and has one of the largest expat communities in Mexico.

Many people fall in love with the beaches, and they keep coming back for the Zona Romantica. It’s Puerto Vallarta’s quaint historic center with cobblestone streets and narrow alleyways lined with cafes and boutiques.

There is a substantial international flair here, but that doesn’t mean you can’t find the “real Mexico.” Get away from the touristy parts, and you’ll be mixing with the locals in no time.

Puerto Vallarta is known for being a popular LGBTQ destination.

There are loads of golf courses and top-notch health care in the area.  If you need the comfort of your Costco, Walmart, Whole Foods type of supermarket or fancy malls, it has that too.

It’s is equal parts city and beach, so you get the best of both worlds. Retiring in PV means you’ll never want for anything. It’s first-world living at affordable prices.

Where is it? Riviera Maya, Caribbean Coast in Quintana Roo state

Who’s it for? Playa del Carmen is for you if you want a laidback beach lifestyle with all the amenities you’d find back home.

Once a sleepy fishing village, the Playa del Carmen of 2021 is one of the fastest growing places to live in Mexico. Don’t let the laid-back beach vibe fool you. Playa del Carmen is happening. It’s a tourist hotspot.

As with any booming destination, prices are on the rise. It’s not the most affordable place to live in Mexico. Still, it has all the amenities you’d need for a comfortable lifestyle.

Because it has been thriving for so long, you’ll find Starbucks and other American chain stores, which means it’s less cultural than some of the other places on this list. However, it doesn’t take you long to get your culture fix. Drive an hour south and check out Tulum, where there are impressive Mayan ruins and a recent influx of expats.   If you are craving for a more urban vibe for the day, then just drive north 45 minutes to Cancun.

Besides the beach, the region has incredible cenotes – natural sinkholes resulting from the collapse of limestone bedrock.

Not much of a swimmer and more of a shopper? No problem. There are modern shopping malls with luxury stores and small boutiques and plenty of places to take your yoga or crossfit class. There are over 20 blocks of shops and restaurants on its famous Fifth Avenue– you’ll never be bored.  But if you are money savvy, you will go inland and off Fifth Avenue to find more reasonable, non-touristy items and prices.

Many Americans living in Mexico choose Playa del Carmen. Maybe it’s the bohemian vibes or the conveniences, but you won’t have trouble meeting new people when you arrive.

Who’s it for? Los Cabos is for you if you like the convenience of its proximity to America but want to live in Mexico.  If you’d like a California lifestyle at a fraction of the cost.

Los Cabos, meaning The Cape, is a region on the southern tip of the Baja Peninsula. Its two cities, Cabo San Lucas and San Jose del Cabo are joined by a 20 mile stretch of resort-packed coastline, known as the tourist cCorridor.  There’s been a lot of investment in infrastructure with its clean and well-maintained streets and highways

The towns have distinctly different vibes.

Cabo San Lucas, or Cabo, has more of a party atmosphere and is more popular with tourists. San Juan del Cabo, or San Juan, is decidedly more laid back and family oriented.

There is a substantial amount of US influence in Los Cabos. It feels like Mexico, but with an American twist. You will see many American retail outlets as it caters to its tourists from across the border.

There is a well-entrenched American expat community that makes moving easier. It’s like having a built-in support network right off the bat.

There are 19 blue-flag beaches in the area so centering your life around the water makes sense.

However, land-lovers won’t be disappointed. There are numerous world championship golf courses. The nearby Laguna Mountains are the perfect place to hike, climb or go off-roading.

Which small town is the best place to live in Mexico?

Where is it? In the Central Highlands, Guanajuato state

Who’s it for? San Miguel is for you if you love the arts, the mountains and don’t need the beach.

Nearly in the center of Mexico, San Miguel de Allende is known as Mexico’s cultural heart. With good reason. It’s a colonial-era city in the Colonial Highlands region that fuses colorful architecture, cobblestone streets, and a fantastic art scene.

It’s often touted as the best small town to live in in Mexico, especially if you want cooler weather. The near-perfect year-round weather offers an eternal spring.

The blend of a thriving art community and the numerous cultural festivals is a massive draw for more than 10,000 Mexico expats who call San Miguel home.

Part of the mountainside town is a UNESCO World Heritage site, so you step back in time every time you wander the streets.

San Miguel is a perfect place to get involved with the local tradition and take in the rich culture while cultivating your own creativity. This is the place to focus on your creative side while living in a historical town.

With only 160,000 residents, it retains its small town vibes, and the large expat community keeps it eclectic, and anything but boring.

Which Mexican cities are the best places to live?

Oaxaca – best place to retire in Mexico on a budget

Where is it? Oaxaca Valley Southern Mexico, Oaxaca state

Who’s it for? Oaxaca is ideal if you are looking for a place in the mountains with an authentic feel and affordable prices.

Oaxaca City is one of the most historically significant places to live in Mexico and has a very authentic feel. The city’s cultural traditions and indigenous roots run deep.

The whole city center is a UNESCO site because initially, it was the home to the ancient Zapotec tribe.

When the Spanish came, they created paved roads, cobblestone streets, and the colonial architecture that makes Oaxaca stand apart from other places.

This city looks like a postcard at every turn. The colonial-style buildings are painted a kaleidoscope of colors from bright indigo and faded ochres to deep crimsons and pale teals.

Oaxacan cuisine is known to be the most flavorful in all of Mexico, which says a lot. Here it’s all about mole and mezcal, could there be a better combo?

Its mountainous location means cooler weather all year around.

There are museums, art galleries, hip cafes, and a historical center.

It’s a big enough city to keep you buzzing but has a moderate pace of life. It also happens to be one of the cheapest places to live in Mexico.

Oh, and did I mention it’s one of the safest cities in Mexico?

Where is it? Yucatan Peninsula, Yucatan state

Who’s it for? Merida is for you if you want the best of both worlds: a quaint historic city with a cosmopolitan vibe.

Merida’s ancient roots came from Ichkaanziho, the Mayan city it was built on. Its rich history and indigenous influences are juxtaposed with a modern lifestyle that has attracted expats over the years.

It is considered the cultural capital of the Yucatan peninsula. And many historians believe it is the oldest, continually occupied city in the Americas.

Located only 30 minutes from the Yucatán Gulf coast’s beaches in Progreso, it’s a bit of a hidden gem. It’s not a small city, yet somehow, it retains its old-world Spanish feel.

There are museums, universities, a symphony, and shady plazas against a backdrop of colorful colonial buildings. There is also an international airport.

Plus, they have sopa de lima to die for, a Yucatan specialty.

Merida is another one of Mexico’s safest places to live. It has low crime rates for property crimes as well as violent crimes.

Where is it? In Central Mexico, Mexico City state

Who it’s for? Mexico City is perfect if you want to experience diverse Mexican culture in a big city atmosphere. If you are a real city dweller.

If you’re looking for a big city lifestyle, Mexico City is one of the best places in Mexico to retire. Anyone wanting to live in a world-class city, like Paris, London, or New York City without the same cost of living, will love Mexico City.

Mexico City is one of the largest and most dynamic cities in the Americas. It’s electric. It’s entrancing. It’s modern, yet deeply rooted in its past.

Mexico City was built on top of Tenochtitlan, the ancient Aztec capital, and is one of the Americas’ oldest cities.

While it may honor its heritage, today’s Mexico City is vibrant and exploding with flavor – in culture and cuisine.

It’s a hub for the arts. There are hundreds of museums and galleries. Restaurants and cafes line the streets, and music pours from the bars and cafes on every corner.

While it’s not the safest city in Mexico, its unsafe reputation is a bit unfair. As with any big city, some areas are better than others. The rumored high crime rates are specific to individual districts. So, stay out of the bad neighborhoods.

No matter which place you choose, there are always living in Mexico pros and cons. And no place is perfect.

It’s a vast country full of options. Choosing the best place to retire isn’t easy. However, if you are ready to become an expat in Mexico, get your boots on the ground and start your own search for the best retirement places in Mexico.

Where do you think is the best place to live in Mexico? Tell me in the comments below!

Podcast 26: What is Palliative Care?