A traditional Mexican dish, Chiles En Nogada has been made for centuries. Originally created by nuns who wanted to celebrate the return of soldiers after Mexico’s independence, this dish is a Mexican favorite. With its red, white and green – symbolic of the Mexican flag – and its sweet and savory taste, no wonder this recipe has been passed down for centuries. Chef Ernesto Castillon shares the traditional recipe in this video. 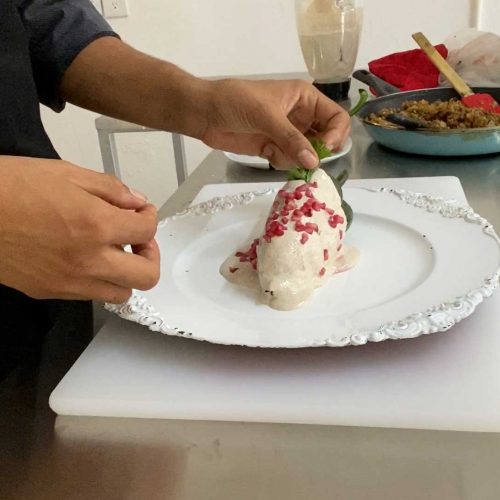 This recipe has tons of different varieties.  This one is the most traditional.
Tags:
mexicorecipes
Last updated on April 14, 2022

Podcast 62: What to Know When Renting Property in Mexico