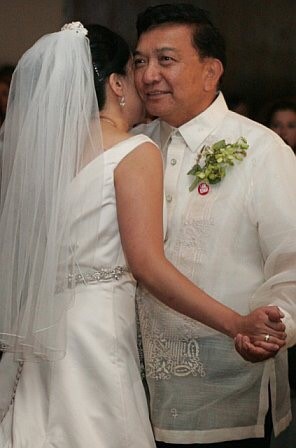 My Story – I had just started a new position with Gilda’s Club Worldwide, whose mission was to provide socio-emotional support to families living with cancer. That included not just the individual whose body the cancer invaded, but also all those around them affected by their cancer. My tenure at GCWW opened me up to an entire realm of coping with cancer, caregiving and wellness at a time when my Dad was living with prostate cancer. From the time of his diagnosis, my Mom, husband and I continued to go about our daily lives of work given that my dad was undergoing cancer treatment with the hope of buying him more time.

The summer before I started at GCWW, we decided to take a family trip to Aruba before my dad started a round of chemo for Stage 4 prostate cancer. The vacation included my husband, Mom, Dad and me. It would not be our last trip together, but a memorable one indeed. We wanted to treat my parents to making memories.

While Dad was retired, Mom continued to work as a psychiatric nurse, which kept her mind busy. She accompanied him to his doctors’ appointments during the day before her 3pm shift. After our work days in New York City, my husband and I would have dinner with Dad a few times during the week, and we made sure to spend time at home with Dad on the weekends.

Fast forward almost two years since I’d started at GCWW, I now requested time off to be with Dad while we waited for him to die. Mom unexpectedly felt forced to retire early since she was my dad’s primary caregiver. After a few bouts in and out of the emergency room, the cancer metastasized in his bones, with the utmost decisiveness, Dad chose to stop all treatment (chemo, radiation, kidney dialysis). How long would it be before he died? His oncologist said a few days, a week, maybe a couple of weeks.

We waited for three weeks.

The most cherished and longest three weeks of my life. During Dad’s two years of living with cancer, I didn’t know a daughter’s love for her father until I was helping Dad to the bathroom and wiping him after he defecated because he was too weak to do so himself. Mom and I took turns being with him.

What I wish I knew beforehand

Since I had been working in the cancer support industry, I felt that I had so many resources available to my family and me. I wish I had truly understood that each family member deals with crisis in their own way. It was the first time I could actually see Dad and Mom as individuals enduring their personal heartbreaks — as Amante and as Lina. It was difficult, especially as realities about my parents’ marriage emerged in the face of death. In addition, as family and friend circles learned about Dad’s failing health, it was a challenge to manage others’ expectations of what cultural rituals needed to be done as we waited for him to die or what extended family members’ intentions were when they chose to be present or not.

What helped prepare me to become a caregiver was asking Dad exactly what he wanted as we waited for him to die. His directives were: Other than close family, he didn’t want anyone visiting. His thoughts? If friends had not visited previously, they certainly did not need to come while he was dying. He requested no wake for the same reason. If friends and family had not  kept in touch before he’d become sick, he certainly did not want them to see him dead in a casket. Cremation it was.

It was a gift that Dad was courageous enough to be deliberate and direct in our conversations. Those instances of clarity helped prepare me to be the caregiver that both my parents needed. Growing up as an only child, there were no other siblings to share the responsibility of serving as co-caregiver with Mom to my dying Dad.

[Originally written 12.17.08, a little over three months after my dad died]

1. Confirm date of death with Social Security & Pension funds, and make sure they have actually noted it in their records.  Most likely, you’ll have to follow up more than once even if you have completed all of the forms.

2. Reassign all bills (after) / bank accounts (before) / home-car-health insurance policies (after) to the appropriate individual(s).

3. Change the outgoing message on the answering machine.  (Of course, your natural tendency is to save it because it’s probably the only recent recording of your Dad’s voice.)

5. Cancel all magazine subscriptions, and on the bill, write ‘DECEASED.’

6. Cancel all memberships, and on the dues, write ‘DECEASED.’

8. Do not use any return address labels with your Dad’s name on it.

9. Mom likes to sign off on any written communication — Lina & Amante (RIP)

Unending matters around Dad’s affairs constantly pop up.  Just when I think I’ve already made the calls and have completed the right paperwork, someone still doesn’t have it right in their records. For some reason, he’s still living in their records.  And I have to confirm and reconfirm that he passed away. So much fun to constantly rehash my Dad’s death in my mind.  And the hospital bills?  We’re receiving explanations of benefits from procedures my Dad had in March! Apparently, it takes nine months to process those.  I have to admit, I’m willing to deal with all of it, just to spare my Mom any more grief than she continues to experience.

I worried tremendously about how to lovingly support my introverted Mom. I frequently mentioned support resources, whether it was a priest or other grief counselor. I worry most now about how I will wrap things up when Mom dies. Even with medical directives and legal documents in place, what happens after her death is daunting. For example, how will I clear out her home which contains over 30 years worth of stuff? I am constantly urging her to donate or dump as much as possible before I have to do so.

My other major worry concerns the legal guardianship of my disabled brother, who has autism and lives outside of the United States. While a special needs trust exists, what happens to him when his current caregivers in the Philippines die? I’ve had this conversation with Mom and have urged her to discuss and draw up legal documents to address this complicated situation as the concern goes a couple of steps beyond what is outlined in the special needs trust and her will.

Dad’s most impactful words of wisdom? Live a simple life. Moment-to-moment mindful living keeps me rooted. Even then I think I have failed, especially when it comes to mindful eating, the attempt to be mindful is what matters most, and an ongoing mindfulness practice is self-care. Between meditation, online Yoga with Adriene sessions, and mindful hikes as frequent doses of lakeside forest bathing are healing, self-care is about finding what feels good. And that is what spirit guide Adriene reminds me everyday. Since I was a little girl, writing continues to be a meaningful therapeutic

Life as a Millenial Caregiver﻿

5 Ways To Find Out What Matters Most