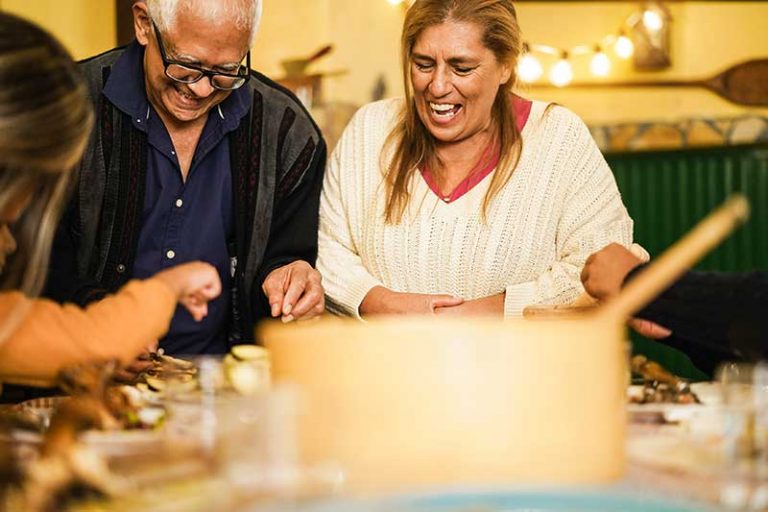 But what makes these Blue Zones stand apart from their neighboring areas? What makes them so unique?

Keep reading to find out.

What are Blue Zones?

These centenarians aren’t old and decrepit on a diet of medicine and antibiotics. Instead, they are healthy, thriving people leading fulfilling, happy lives.

Even though these Blue Zones are thousands of miles apart, some commonalities in their lifestyle contribute to their long lifespan.

We’ll get into those in a sec, but first…

Where are the Blue Zones in the World?

The five blue zones are:

Where is the Blue Zone in Costa Rica?

The Nicoya Peninsula is on the northwest coast of Costa Rica. It’s a magical place loved for its surfing, wildlife, and eco-tourism.

The Nicoya Peninsula Blue Zone is the only one in Latin America.

Why do People in the Blue Zone in Costa Rica have a Higher Life Expectancy?

The Nicoyan way of life could offer us a template for longevity and happiness. There are some reasons why we should look closer at their long life. Here are a few…

The 9 Secrets Boosting a Long Life in Nicoya, Costa Rica:

No matter how old they are, Nicoyans have a strong sense of purpose, a reason to live longer. They feel needed, and their daily lives revolve around their family and community. It helps them remain positive.

Many Nicoyans have never moved, so they have deep roots within their community. In addition, they know the neighbors and the neighbor’s grandparents, which all contribute to a sense of purpose.

Costa Ricans, in general, have a very outdoorsy lifestyle. I mean, who wouldn’t if they had incredible wildlife and nature around every corner?

The people in the Costa Rica Blue Zone are no different. Being outside, walking, gardening, cooking, taking care of animals, and their homes, are all a part of daily life that keeps them active. Unlike so many American elderlies who sit all day, the Nicoyan elders keep moving.

The Nicoyan Peninsula’s water has the country’s highest calcium and magnesium content. That extra calcium leads to stronger bones, which in turn leads to fewer fatal falls, hip breaks and bone fractures.

Additionally, both magnesium and calcium contribute to the region’s low heart disease rate.

Because they rarely move out of the area, they spend a lot of time with family. Most of the time, they live with family, at least a few generations worth. Living with their children and grandchildren gives them a sense of belonging. And the family gives them extra support when needed. Family comes first.

They thrive on visiting neighbors and keeping a busy social schedule. They aren’t sitting in a rocking chair watching the days pass. Instead, they chat, tell stories, and enjoy the pura vida lifestyle that Costa Rica is known for.

The centenarians of Nicoya may not be going to an office, but they keep themselves busy with work. They have a strong work ethic, and as a result, physical chores don’t scare them. In fact, quite the contrary, it contributes to their sense of purpose.

Centenarians know better than to sit baking in the sun for hours upon hours.

However, they also realize they need vitamin D which helps absorb calcium for strong bones. It also reduces the risk of stroke, diabetes, autoimmune diseases, and heart disease. Along with cancer, all those diseases are relatively uncommon in Blue Zones.

Nicoyans know taking in a bit of that glorious Costa Rican sunshine is imperative. So, they do it in moderation.

Costa Ricans tend to have a strong belief in God, spirituality and contributing to the greater good. Those beliefs bring them peace, reduce stress, and give them a sense of tranquility in their lives.

Processed food isn’t a thing in the Blue Zone of Costa Rica. Or any other Blue Zones around the world. Instead, they eat a primarily plant-based diet that includes meat only a few times a week.

Additionally, they eat a very light dinner and larger meals earlier in the day.

So, What Exactly is in the Nicoyan Diet?

Black beans are a superfood, and eating a meal with protein, complex carbs, and antioxidants is a healthy start to the day. The protein in black beans keeps you feeling well-fed and rebuilds muscles and tissues. The antioxidants in the beans keep cells healthy and disease free. And complex carbs deliver the energy needed for a full day.

And that’s just for breakfast.

The rest of their meals include other superstar food staples like:

Eating these staples means every bite is packed with nutrition. Can’t say the same for the United States diet.

Not one of these staples is processed or contains anything unnatural. Additionally, most of these are grown in local gardens or on their own land, and pesticides are unnecessary. Certainly, nothing is genetically modified.

If you want more meal ideas, Dan Buettner wrote the Blue Zone Kitchen (link to amazon book). It has over 100 recipes using ingredients from all five Blue Zones.

Want to Live Your Best Life?

Now you know the secrets to life in a Blue Zone in Costa Rica. However, if you can’t pick up and move there, check out the Blue Zone Project. The Project helps transform North American communities into zones where healthy choices are the norm, and people live longer with a higher quality of life.

The Anti-Aging Effects Of Cannabinoids

Can Magnesium be Absorbed Through the Skin?