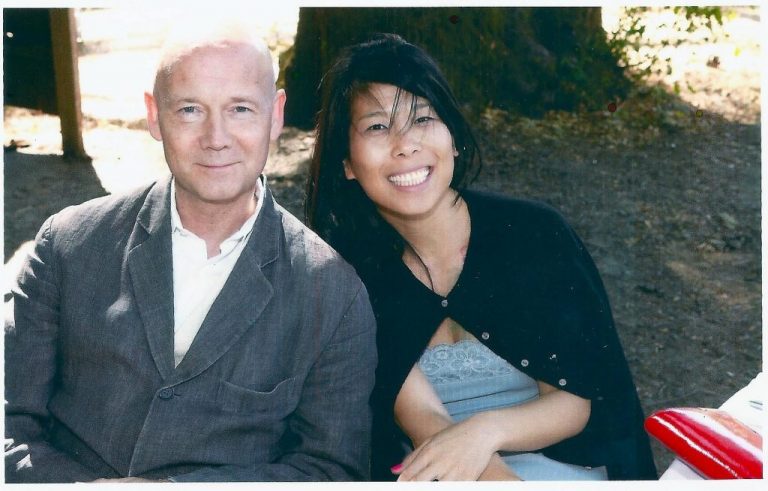 My Story – In March 2010, when my partner Graham turned 50, he was diagnosed with stage three colon cancer. At the time I was living in NYC, he lived in San Francisco. As a fiercely independent person, he refused to change his life or routine due to cancer. So for most of 2010, despite undergoing a round of aggressive chemotherapy, he maintained, as much as possible, a regular work schedule and attended to his responsibilities as the executive director of a media arts organization. At that point, he had let very few people know about his diagnosis, and continued to “keep up appearances.”

In order to support his wishes and go along with this, but also be there for him, I flew back forth between NYC and SF in order to help care for him. This worked since Graham did not want me to move to SF just to become his caregiver.

At the end of 2010, we thought he was in remission. His test results came back showing that cancer cells had not spread so we assumed he was in remission. But unfortunately in the spring of 2011, during his checkup, they discovered that the cancer cells came back and had metastasized to other organs. We then decided that I should move to San Francisco full time in March 2011 in order to become his sole caregiver. He passed away in August 2011.

What I Wish I Knew Beforehand

I think it’s hard for me to answer this because Graham really took care of and thought of everything.  Graham was intentional about wanting to die well, and I took his cue and lead on how he wanted to be cared for. He didn’t really go through the “battle with cancer” part, since as soon as he was diagnosed, he pretty much said “one round of chemo, and if that doesn’t work, I will prepare to die.” So it wasn’t a drawn out process of endless doctor’s visits or endless treatments. Also, I don’t think there’s any one way of preparing to become a better caregiver. Every patient and every relationship with the patient is different. It largely depends on the patient, and your relationship with the person.

1)    to take care of my own emotional/spiritual wellbeing

2)    to have one constant thing in my life that I do for myself, whether it’s yoga, taking walks, reading, etc, that is away from/not with the ailing loved one.

3)    spiritual guidance can help me and my ailing loved one

5)    De-cluttering my life and make mental and physical room not just for my ailing loved one, but also to reduce my own anxieties and stress

7)    he knew exactly how he wanted to die, and took care of everything, therefore we were able to spend what time he had left on visiting with family and saying his last goodbyes.

I didn’t worry about much when I was a caregiver, because Graham held on to a belief of “living well and dying well.” So thankfully he was very clear about his dying wishes, and I was honored to support his wishes.

Now, I worry about my mother because we’re having a difficult time discussing her aging/care with her, and the conversation becomes increasingly difficult as she ages. It continues to be something of a taboo and a topic to avoid for many Asian families, and we (my siblings and I) are constantly having discussions about ways and approaches we can take with her…I worry about the lack of transparency and unwillingness, and the emotional hurdle we’re all experiencing in talking about aging, dying, and the legal and financial aspects surrounding aging and dying.

Being mindful about mental and physical health is key, meaning, we tell ourselves we have to take care of ourselves, but we’re not mindful about it. So becoming mindful is a first step. I meditate and do yoga regularly, and live a minimal/uncluttered life (both materialistically and emotionally), and I have, over the years, learned to help myself find peace from within when life becomes chaotic (meditation and reading dharma helps!!).