/ Blog / Blog / Is It Safe to Retire in Mexico? What Retirees Need To Know 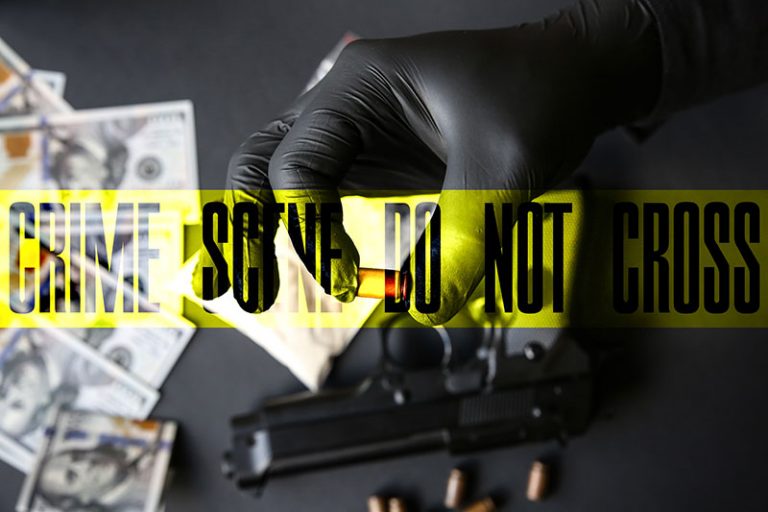 It’s happening! You’ve decided to retire in Mexico! You’ve been dreaming about this for decades, and the time is finally now! You are bursting at the seams and telling everyone!

What? Are you insane? Mexico is dangerous! You’ll be kidnapped!

We know. We hear it time and time again. Mexico is not safe. It’s all over the media. But does that mean you shouldn’t retire there? Is it safe to retire in Mexico?

Let’s delve into the nuts and bolts of what every expat retiree needs to know before making the move.

Is It Safe to Retire in Mexico?

So, is Mexico safe?

The short answer is yes. But let’s get into that a little more.

No country in the world is free of crime. But that doesn’t mean you shouldn’t go there. It just means you shouldn’t go to the unsafe areas in that country. There are loads of places in Mexico that are safe. And that’s where you’ll go.

There is a reason more than 1.5 million Americans and Canadians live in Mexico.  It’s the biggest concentration of North American expats anywhere on the planet. If they felt unsafe, they wouldn’t stay.

No one says, don’t move to or visit America because there are a lot of murders in Chicago.

In fact, places like Chicago, Las Vegas, and New Orleans, have some of the highest murder rates in the U.S. Yet millions of people travel to all three cities every year. Those tourists don’t walk down dark alleys in dangerous neighborhoods because there is no need to, and that is just crazy.

In addition, if someone told you not to visit the U.S. because Chicago has a high murder rate, you’d laugh. It’s a bit preposterous, right?

Don’t visit an entire country because there happens to be violent cities? It doesn’t make sense.

Is Mexico Safe? The Facts vs. The Press

We all know that media these days isn’t all that factual. Sensational, yes. Opinionated, yes. Factual, sometimes. I’m not stating that there isn’t violence in Mexico. Surely, there is.

But Mexico has more than 750,000 square miles, and most of it is stunning and peaceful and chock full of good people. Not to mention all the expats, foreigners, digital nomads, and retirees in the mix.

However, the media leads us to believe that the entire country is a prison yard. Everyone is ready to maim, kill, shank, or kidnap at the ready, just for the fun of it.

But that’s just not the case.

The press doesn’t mention that Mexico has more than doubled its tourism industry in the last 10 years, all the while fighting its conception as an unsafe destination.

If you know the highest murder rate in the U.S. is in St. Louis, you could make an educated decision not to move there. But you certainly could move to Nashville, Phoenix, or Denver instead. You don’t write off the entire country.

It just means making a better decision and moving elsewhere.

The same goes for Mexico. One area of Mexico is not the same as the next. In fact, you’re more likely to face crime in America than you would in Mexico, especially in the touristy areas of the country. But the press doesn’t tell you that either.

So, it’s true, areas of Mexico are dangerous, and those always make the news. I mean, they are the basis of a few binge-worthy Netflix shows (Narcos, anyone?). But as the saying goes, you don’t throw the baby out with the bathwater.

In addition, it’s always a good idea to check the US State Department for specifics of each place.

There is a much safer side of Mexico. But the press doesn’t talk about that either. It makes for very dull news and never makes the headlines. Just imagine this headline, No One Killed in Friendly Puerto Vallarta Today.

Would anyone read it?

There is a lot more positive news going on in the world than we are led to believe. However, upbeat information just isn’t newsworthy these days.

I digress. Moving on.

So, Where Does All This Violence in Mexico Come From?

It’s not coming from Luis from the corner shop. Or Maria from the restaurant. It’s primarily coming from the cartels, not your everyday citizen walking the streets.

The cartels have a bad rap, and it’s well deserved. They’ve earned their bad reputation. And then some. The cartels are big business, and most of the demand for drugs comes from the U.S. and Canada.

For decades, the cartels have been smuggling meth, cocaine, heroin, marijuana, and humans into the U.S. They regularly target other cartels over territory skirmishes and turf wars. So, the murder rate is rising, but a lot of that increase comes from gang-on-gang violence near the borders.

With narco-traffickers targeting each other and those that get in their way, it’s safe to say you’ll be unharmed in Mexico unless you get involved in the drug trade.

Where Are The Safest Places to Retire in Mexico?

Mexico is the closest and most popular destination for Americans and Canadians to retire abroad. The numbers prove it.

Some of the safest and best places to retire in Mexico are Puerto Vallarta, San Miguel de Allende, Lake Chapala, Oaxaca, and Merida. But this list is just the tip of the iceberg.

The recent news of violence near Cancun and the Riviera Maya region had many people nervous and on edge. In fact, Risa, Founder of Modern Aging, was in Puerto Aventuras when the incident happened. Puerto Aventuras is about 30 minutes from Puerto Morelos where the shooting happened. “The people I was around in Puerto Aventuras were really unaffected. They knew this was a targeted incident with the cartels. That doesn’t mean that people shouldn’t be careful, but it also is good that people can still get on with their lives and not be filled with anxiety about it,” said Risa. In response to the recent violence in these high-tourist areas, there has been an increased police presence so the government understands that they need to protect these areas.

Since Covid started, Mexico has been one of the only countries whose borders have remained open to everyone. That means there has been an influx of tourism. More tourism means more on-the-ground drug sales, which means more turf wars. The drug trade increases as tourism does.

No matter where you go, you’ll need to do your research. That means going there and meeting people. You need to get your boots on the ground and ask expats who currently live there if they feel safe.

If you can’t get to Mexico for a trial run, there are tons of Facebook pages for expats and retirees in Mexico. Ask there.

Unless you live in an igloo by yourself in the Arctic Circle, there will always be crime. No matter what, trust your instincts. There is a reason you have spidey senses. So, trust them.

These tips go for everywhere in the world, including the U.S., not just Mexico.

Most violence we see on the news is drug and gang-related. It is rarely targeted at tourists, expats, or retirees. A vast majority of it is happening in the U.S./Mexico border towns. So, stay away from those areas.

If you are planning on driving from the U.S. to Mexico, then make sure to do your research as to the safest ways to reach your destination. Driving during the day only is also advisable.

Let’s face it, your biggest risks of retiring in Mexico are sunburns and hangovers.